Our Question: Does U.S. Imperialism Exist?

Imperialism is the policy of extending the rule or authority of a nation over foreign countries or colonies and may include political, economic, military and cultural influence.  When settlers from Britain established colonies in the Americas, they were advancing the interests of the British Empire in an imperial endeavor.  The purpose of imperialism is often to raise money or raw materials but may also be strategic.  Imperialism generally happens when a stronger country extends its influence over a weaker country.

When used in reference to U.S. foreign policy, the term imperialism is controversial because it suggests aggression.  In fact, the American Anti-Imperialist League first used the term in the mid-1800s to criticize U.S. involvement in the Spanish American War.  Some modern scholars doubt whether the term is even coherent enough to use in analysis of U.S. foreign policy (some prefer the term “hegemony”).

Post-Cold War Military Action by the US

Anti-Imperialist Efforts in the US

If you are struggling and need help with any aspect of the paper, see your teachers. 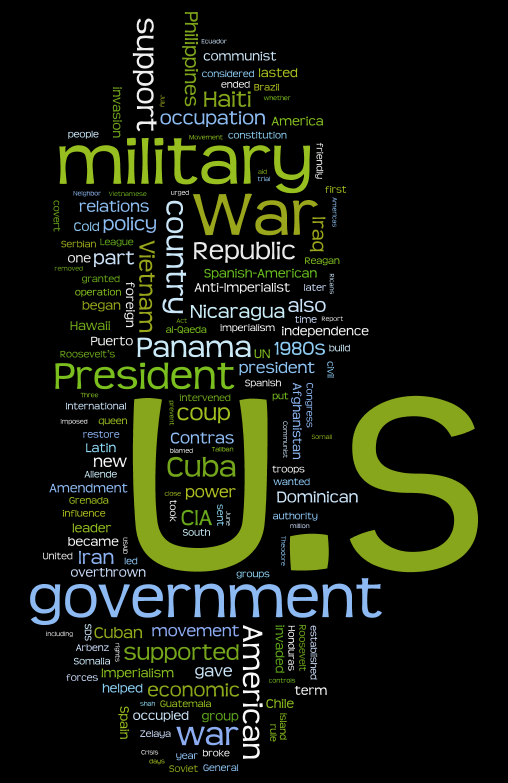